A lot of people equate micromanagement with depth, detail and decisions. Fair enough, but I’d take a different point of view. The presence of micromanagement, is to me, a failure in design. It’s something to be avoided at all costs. The game has all three of the aforementioned elements in spades but it is a micromanagement free zone.

There is a suburb in a city I used to work in that had council erected signposts all over. They stated, in pedantic terms, that you are entering a ‘Nuclear Free Zone’. It was a comforting thought to know that nobody was going to nuke you while ever you were between the signs and that a Fukushima nuclear power plant wasn’t just around the corner, slowly melting into a gooey, fizzing, blob. You could relax, knowing you were safe and confident that the red skin on your chest was a result of exposure to the sun and not an indiscriminate radiation burn. 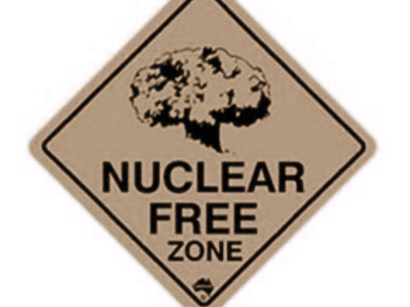 The same council had signs on the local beach explaining that, if you swam between the flags, the lifeguards would keep an eye on you and that you were entering a ‘shark free zone’. As sharks were higher up the probability scale than being nuked I got less of a warm fuzzy feeling from those signs. Of course the alternative reality dimwit in the council who authorised such bold statements had forgotten to inform the sharks. I’m also confident that they hadn’t fronted the United Nations and pushed a bill through requiring all nukes to avoid detonating within 100 metres of a designated ‘Nuclear Free Zone’.

Yet here I am, erecting a ‘Micromanagement Free Zone’ sign, to be seen by all and sundry. B*lls of steel. Not really. As I’m the designer of the small slice of virtual life that is Decisive Campaigns : Barbarossa all the sharks and missiles work for me. They do as they are told. Just for fun try moving an infantry division into the Black Sea. Or the hex that is the location of the current day Chernobyl Power Plant. Put your darkest shades on and stand well back.

Micromanagement does indeed provide depth, detail and decisions. But not in a good way. The depth and detail is of the fiddly, busy work, kind. The decisions are micro. Too small to matter. Next time you play a game that features micromanagement ask yourself, what is it adding to the experience?

DC3: Barbarossa eliminates micromanagement in a number of ways.

Firstly by throwing decisions at the Player. Big ones that have a meaningful impact. Take an Army. It’s got plenty of subordinate Divisions but your main focus is on the Army as a whole. You can set the posture of the Army, assign Theatre based Artillery, Tactical Air Support, ask your Theatre Commander to focus his specialist resources on it, for example. Any decision you make with regards to the Army will automatically flow through to the subordinate Divisions.

Importantly, once an Army based decision has been made, it stays in place until you wish to change it. Fire and forget. The decisions matter because, if you’ve assigned something to an Army, all the other Armies within that theatre miss out. Changing your mind matters because there is an element of command friction and inertia involved. Armies don’t, for example, reconfigure from a full-on Blitzkrieg posture to a Defensive posture overnight. Doing so is a major undertaking that involves a transitional state of vulnerability.

Secondly the unit count has been ruthlessly pruned down to the bare essentials. Which, for a game portraying Barbarossa, still is a reasonably sized number. The fewer units on the map the more important each of them become. Saturating the map with counters is just another form of micromanagement. How the unit count is minimised is discussed extensively elsewhere

Finally the elf that lives within the engine has been given the job of handling all the details. He’s a busy elf who gets booted out of bed every time you fire up the game. It’s his job to work flat out and handle all the numerical detail that churns away in the subterranean caverns of calculation. I pay him nothing and every time he slips up and drops a digit I make sure that his big elfy ears get tasered. Zzzzzttt! Don’t feel sorry for him as he’s an elf. 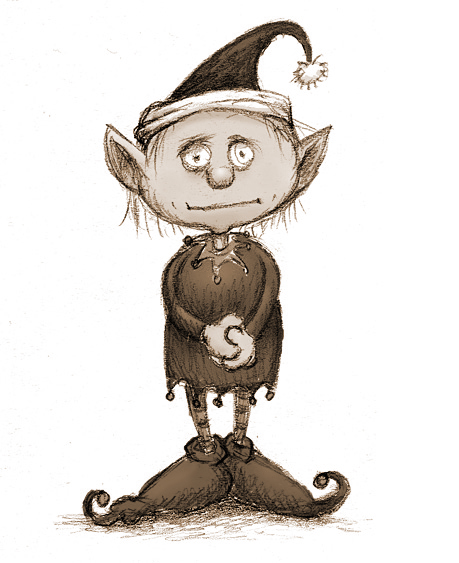 To give him credit he does a good job. Consider Logistics. It’s detail with a capital ‘D’. How fuel moves through the three separate pipelines, stage by stage, is a marvel of calculation engineering. It would be very easy to provide the Player with a range of levers to pull and buttons to push at different points in the process. You could make an entire sub-game out of the logistical mechanics by having the whole process ascend up through the clouds into micromanagement heaven.

But that would do the elf out of a job and that wouldn’t be right. He deals with all the nuts and bolts and leaves the Player to make the big picture decisions that matter.

When do I relocate the Forward Supply Base forward? Should I halt my Panzergruppe for a turn to build up enough stockpile to cover the interruption? Do I keep my Panzergruppe HQ within cooee of the transport grid or spear off into the wilds, hoping that the elf can cut me some slack and keep the fuel flowing?

Don’t count on it. The elf has no empathy or compassion. Probably because he keeps getting zapped. But what can you do? He’s an elf.

All three approaches; meaningful decisions, streamlined unit count and having the engine take care of all the details, combine to ensure that the game can present a lot of depth without bogging the Player down in needless micromanagement.